Thanks to FTX’s collapse, the world may have woken up to the grim reality that the crypto “industry” is nothing but a get-rich-quick lie, wrapped in hype, bobbing on an ocean of libertarian technobabble. Will anyone do something about it?

Forgive the appalling cash management (or was it fraud?) that caught FTX (a Bahamas-based cryptocurrency exchange) with less than $1 billion on hand at a time when short-term liabilities were $9 billion. That sort of thing has also been known to happen to banks.

Forgive the opaque accounting, the incestuous loans with fictitious collateral, and the $8 billion that someone “accidentally” misplaced. Such mishaps occur as well in Russia’s Bratva, Italy’s Camorra, and Japan’s Yakuza.

Forgive the hyped-up database technology, for many purposes slower, more expensive, and more cumbersome than established, 30-year-old ways of doing things. Someone will someday find a use for all those blockchains.

Forgive the hyperbolic rhetoric about crypto as the miracle tonic not only for economic growth, but also for “reducing war and corruption and bringing about greater happiness.” Crypto nerds are not the only ones talking rubbish.

What is truly unforgivable is that in the 14 years since Bitcoin appeared, the crypto industry has failed to produce anything of value. What factories have been built with crypto? Which new goods and services are available? What government has raised money through crypto? Certainly not El Salvador, which adopted Bitcoin as legal tender and is now on the verge of debt default.

Even worse, the central promise of crypto – better money – has proved to be entirely bogus.

Brian Armstrong, co-founder and CEO of the cryptocurrency platform Coinbase, recently made the monetary case for crypto, telling the Financial Times that it allows you to trust “the laws of math, if you will, instead of the laws of men.” So “instead of ‘don’t be evil,’ it’s ‘can’t be evil.’ That’s the promise of crypto.”

The “men” in Armstrong’s statement work for governments, which are the issuers of old-fashioned fiat currencies. If those “men” print too much money – say, to finance a large budget deficit – then the value of that money falls, and government levies what amounts to a tax on citizens left holding a debased currency. Libertarian distrust of politicians and government is the cryptosphere’s animating force.

In contrast to supposedly fishy fiat money, only the “laws of math” govern crypto. An algorithm fixes how much cryptocurrency can be “mined” and at what cost. The more units you produce, the more expensive it is to mine the next unit. No politically motivated men (or women) can debase crypto. Mathematical rigor saves us from evil government.

Sounds good, right? If only it were true.

There are two reasons why people around the world (not just citizens of the United States and the European Union) are happy to hold currencies such as the dollar and the euro. The first was identified by John Maynard Keynes, who argued in his General Theory that “the fact that contracts are fixed, and wages are usually somewhat stable in terms of money, unquestionably plays a large part in attracting to money so high a liquidity-premium.” Columbia University’s Guillermo Calvo has called this the “price theory of money.” 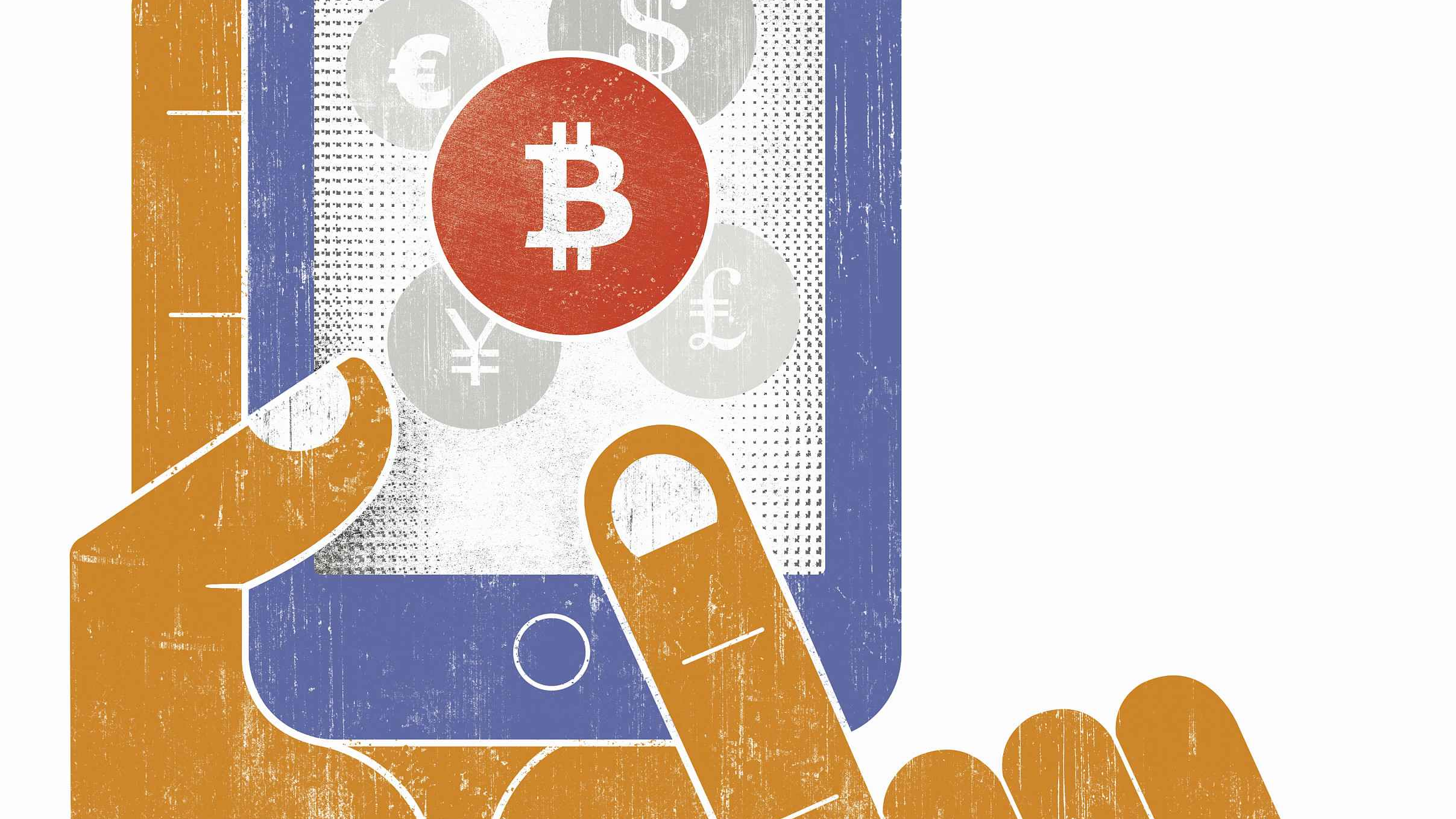 If my monthly wage is set in dollars, and so are prices in the supermarket, I can be quite sure how many kilos of rice or bottles of beer I will be able to buy with my dollars. So, I am happy to hold dollars, primarily for transactions but also to store wealth. Here, crypto comes up short: no supermarket prices are set in Bitcoin or its equivalents, and no one (save a few Silicon Valley fanatics) gets paid in crypto.

The other reason why a U.S. resident is happy to hold dollars (or a eurozone resident to hold euros) is that the government sets a minimum price for that currency by allowing taxes to be paid with it. That is, the value of a dollar in financial markets can never be less than the value at which Uncle Sam will redeem that dollar when you pay your taxes every April 15.

Here, again, crypto comes up short. Those evil “men” in government are not around to guarantee a minimum price for crypto. Its only value comes from the expectation that others will want to hold it. If they do, then I want to hold it, too. If not, I will dump it. That is what happened this past summer to the cryptocurrency Luna, which crashed and vanished in days. It could happen to any other cryptocurrency, too, on any other day.

The first economist to understand this conundrum was Frank Hahn. In 1965, Hahn explained that intrinsically worthless financial assets like crypto are unlike any other good. If the price of a baguette is zero, then demand for it will be huge, because everyone will want to eat that costless loaf of bread. By contrast, if the price of an asset like Bitcoin is zero, then demand for it is also zero, because one cannot eat it, make rings out of it, use it to repair teeth, or pay taxes with it.

In the end, claims that the value of crypto is insulated from the whims of “men” are bunk. In fact, cryptocurrencies are completely dependent on whim, and in the worst possible way: self-fulfilling expectations (what is politely known as “market sentiment”) are the only driver. What the great MIT (Massachusetts Institute of Technology) economist Charles Kindleberger called “manias, panics, and crashes” are the norm for crypto, not the exception.

The technocrats in dark suits who run institutions like the U.S. Federal Reserve, the Bank of England, or the European Central Bank deliver, in a very bad year like 2022, a loss in the purchasing power of their currencies of a bit over 10 percent. That is the depreciation rate that cryptocurrencies often experience in a day or – in the event of the kind of crash we have seen recently – a matter of minutes.

This is not a match between “men” and “math,” but between “men” in dark suits and “men” in baggy t-shirts and cargo shorts. In that contest, the suits win every time.

Thanks to FTX, the world may have woken up to the grim reality that crypto is a get-rich-quick lie, wrapped in hype, bobbing on an ocean of libertarian technobabble. Will anyone do something about it?

Andrés Velasco, a former presidential candidate and finance minister of Chile, is Dean of the School of Public Policy at the London School of Economics and Political Science. Energiesnet.com does not necessarily share these views.

Editor’s Note: This article was originally published by Project Syndicate on November 25 , 2022. EnergiesNet.com reproduces this article in the interest of our readers. All comments posted and published on EnergiesNet.com, do not reflect either for or against the opinion expressed in the comment as an endorsement of EnergiesNet.com or Petroleumworld.

Use Notice: This site contains copyrighted material the use of which has not always been specifically authorized by the copyright owner. We are making such material available in our efforts to advance understanding of issues of socially, environmental and humanitarian significance. We believe this constitutes a ‘fair use’ of any such copyrighted material as provided for in section 107 of the US Copyright Law. In accordance with Title 17 U.S.C. Section 107. For more information go to: http://www.law.cornell.edu/uscode/17/107.shtml.

Perenco GM: Now is the time to deliver, work on projects – Guardian T&T

Brazil insurrection over, but not the threat to democracy – Ian Bremmer/CZERO (video)

How an Unusual Coalition Outfoxed China and Russia at the U.N. – Robbie Gramer and Anusha Rathi / FP