Chevron ponder on Venezuela after
U.S. extended authorization until June 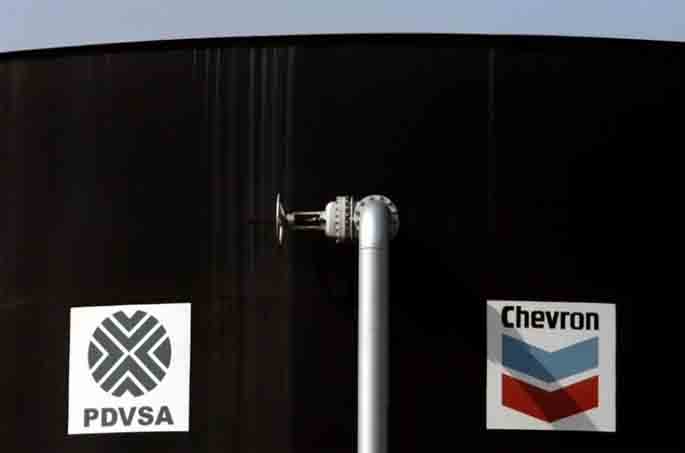 An oil tank in the Boscan field, jointly operated by the Venezuelan state oil company PDVSA in Maracaibo.

–  U.S. extends order to keep activity at a minimum until June 1
– Decision comes after a key regional election in Venezuela

The U.S. Treasury Department on Wednesday extended until June. 1 its authorization for Chevron, Halliburton Co., Schlumberger, Baker Hughes Co. and Weatherford International Plc to keep activity in the country at a minimum just to preserve their assets, protect employees and reimburse contractors.

The decision further frustrates expectations in Venezuelan political circles and oil industry that U.S. President Joe Biden would at some point relax sanctions imposed by his predecessor, which are starving Maduro’s regime of petrodollars.

Maduro’s party dominated votes on Sunday to win over 3,000 posts, including governorships and municipalities. The U.S., Canada and Spain are among nations that questioned the results. While a European Union mission to Venezuela said the country’s electoral authority was more balanced than in past elections, it found cases of violence, voter coercion and abuses of state funds.

Opposition lawmaker Juan Guaido, who has received the backing of the U.S. and dozens of other countries, has seen his leadership wane after failing to oust Maduro.

Meanwhile, without the help of foreign oil companies, Venezuela’s crude production has plunged, forcing Maduro’s government this month to slash its output target by a third. The sanctions worsened the collapse of Venezuela’s once-massive oil industry after years of mismanagement, asset seizures, divestment and brain drain.

U.S. oil companies have been barred from any activity related to producing oil, including drilling, processing, purchasing, transporting or shipping any Venezuelan related oil product. The sanctions also bars them from even repairing wells, contracting personnel or swapping fuels.


By Fabiola Zerpa from Bloomberg News.