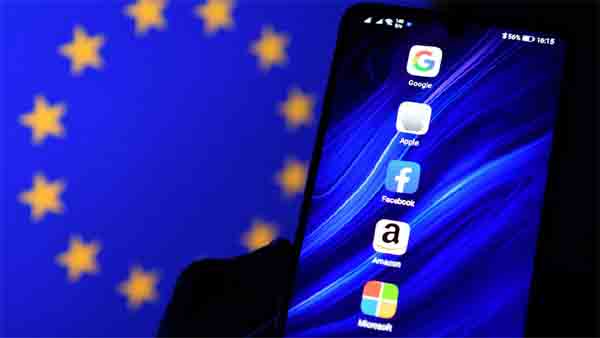 Ministers from the EU’s 27 member countries agreed the texts at a meeting in Brussels, which will serve as their marching orders in negotiations with the European Parliament that should start early next year.

The Digital Services Act (DSA) and its companion Digital Markets Act (DMA) were proposed by the European Commission last year and are intended to give Facebook, Google, Apple, Amazon and Microsoft never seen limitations on the way they do business.

The versions approved on Thursday stayed quite close to the original proposals, while the drafts making their way through parliament are expected to make the demands on Big Tech much tougher.

France, as the next holder of the EU presidency in January, will spearhead the talks and French President Emmanuel Macron has made a deal on the laws a priority for his country’s six-month term.

The two texts are “perhaps the most important in the history of digital regulation”, said French Digital Affairs Minister Cedric O as he arrived for talks in Brussels, referring to a “historic day”.

The DSA is an attempt to harmonise rules against illicit content online and would impose stiff sanctions for any failure to takedown illegal speech or block sales of counterfeit products.

The DMA meanwhile is a complete rewrite of current competition rules for Big Tech companies and would hand them a list of specific Do’s and Don’ts on how they do business.

CCIA, the lobby for Big Tech, said the DSA would provide welcome clarity on the rulebook for online content in Europe.

On the DMA, however, “it remains to be seen whether the Council’s hard work ultimately will translate into a more competitive Europe,” it said.