A Field Development Plan (FDP) is one of the most critical documents governments assess before granting companies permission to move ahead with oil projects.

In developing the FDP, an oil company such as ExxonMobil will be selective in what international principles it follows. It will also take note of the factors used to tally how much it will charge the country for the project. At the end of the day, the oil company presents the government with a FDP that secures the interest of its shareholders.

Given the importance of this document, numerous industry experts have said the government must ensure proper due diligence is done by way of experienced professionals. It is on this very principle that they have expressed grave concern about Guyana’s use of Alison Merrilla Redford, a Canadian lawyer and former politician. She was used not once, but twice for the review of ExxonMobil’s Payara and Yellowtail FDPs. They were keen to note that both projects will cost Guyana a whopping US$19B. Given the fact that Redford has no well known track record of being a fierce defender of States on field development plans, industry experts cannot comprehend why she was selected for such an important job. What has surprised them as well is “Guyana’s wild rate of approval for Exxon’s projects” following Redford’s input. They noted that Redford reviewed both Payara and Yellowtail within 42 and 52 days respectively.

More than a dozen industry experts who have experience reviewing FDPs said emphatically, “No proper review is done with such break-neck speed.” Specifically, one industry expert said, “…Other teams having performed reviews of field development plan in other major offshore producing areas, find it difficult to envision that a rigorous analysis of the Yellowtail FDP and the Environmental Impact Assessment (EIA) was possible within 52 days. Even with two mega groups of specialists and engineers assigned, it is not possible. The question therefore arises as to whether the Bayphase/Redford partnership skimmed the documents Exxon submitted to the government rather than probing it and requesting additional data for a proactive assessment.”

Another expert agreed with the foregoing perspective while adding, “For most FPDs you have over 100 items to check that is why proper review takes a year and change, sometimes longer depending on project size. In the first instance, the government must have its own FDP guidelines on minimum requirements they expect from the company. That should be public. This is needed because citizens would better understand the standards the administration is setting for companies to abide by. The North Sea Transition Authority (NTSA) does this. That authority regulates and influences the oil, gas and carbon storage industries of the UK Continental Shelf.”

The NSTA clearly states via its guidelines on its website that all FDPs must provide a clear explanation why the development concept being presented is considered optimum from a technical, environmental and economic perspective. The authority also requires that companies set out the commitments they will follow to ensure enhanced oil recovery and sound development. The expert noted that Guyana is yet to prove if the Redford/Bayphase group achieved this since their findings remain a State secret.

Experts also told Kaieteur News that FDPs must also provide a production strategy that aligns with the country’s interest. Such a strategy includes: Short-term and long-term plans on production acceleration and recoverable reserves, the number of production and injection wells and the cost to the nation, and an explanation of hydrocarbon bearing sands penetrated not included under the current development plan but which could be profitable if assumption changes such as extent of reservoir or oil price.

FDPs also include detailed information, which the government needs experienced persons to review regarding production technology and well engineering. In this area, government specialists must diligently assess proposed well design concepts including trajectory and location, in flow performance prediction, sand control and sand management, explanation of concept selection and how value for money would be achieved on each component of the project.

“In light of the foregoing, how can Guyana feel assured that the reviews by Bayphase and Redford have been performed with their best interest in mind? It is Exxon’s job to advance their best interest: It is the government’s job to safeguard the best interest of its people. It is not clear that this is taking place,” expressed one of the specialists with over 40 years experience.

Another industry expert also raised alarm about the oversight provided by Bayphase and the input of the Alison Redford Group which was paid for by the Canadian government. She said, “Guyanese should be concerned that it was not revealed by Natural Resources Minister, Vickram Bharrat that the Redford group was involved in reviewing the US$10B Yellowtail Project until after the work was completed and the production licence awarded. Why? Redford’s group was not listed by the National Tender and Procurement Board as one of the companies submitting a proposal for the Yellowtail or Payara reviews. Why was she given a direct contract on both? Why were Guyanese kept in the dark? Why are her reports not public? Why are the reports by Bayphase not public?”

In the interest of transparency, the industry experts agreed that the PPP/C Government should disclose a summary of the work performed by Bayphase and the Redford group to date, along with a summary of the type of data used and the methods by which it was assessed. 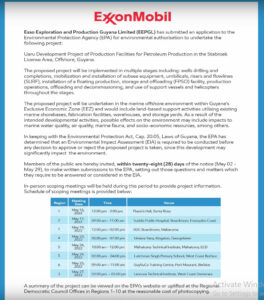 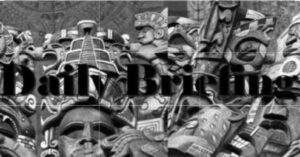 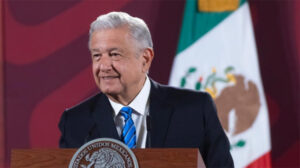 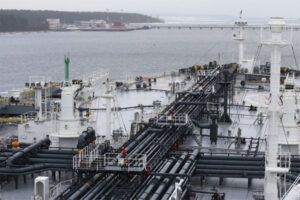 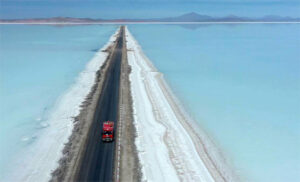 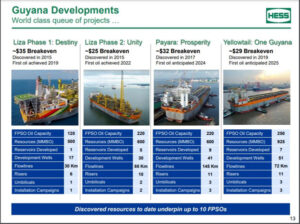