A German academic is going where few have gone before with their annoyance at the oil cartel: court.

Armin Steinbach is a man on a mission. The 44-year-old German economist and lawyer believes OPEC is operating an illegal cartel, inflating the price of the gasoline and heating oil he buys. So he has decided to sue for damages: 50 euros, plus interest.

The case is unusual because despite running what looks, sounds, and smells like an oil cartel for 60-plus years, OPEC has yet to face a serious legal challenge. But if a court were to rule against it, the consequences could be far reaching. In the short term, at least, consumers would enjoy lower prices while everyone from Saudi Arabia to Big Oil would make less money. But the crude market would be at risk of turning into the free-for-all that natural gas has become.

Western governments have shied away from using the courts against OPEC for two reasons: They thought it was shielded by sovereign immunity and the act-of-state doctrines, and they were fearful of retaliation. A few lawmakers considered innovative ways to try to break the impasse. Joe Biden, then a US senator, wrote in 2000 to then-President Bill Clinton suggesting the White House had a case against OPEC at the International Court of Justice in the Hague.

Private plaintiffs don’t need to fear retaliation, but surprisingly only two tried over the last 50 years in the US, the land of quick-and-easy litigation. And they failed due, precisely, to sovereign immunity and state actor principles. The International Association of Machinist and Aerospace Workers, a US and Canadian trade union, sued OPEC in 1978, but the case was dismissed. Another plaintiff, Prewitt Enterprises Inc., which ran gas stations, sued in 2000 but failed largely on technical grounds. I’m not aware of any lawsuit in recent years in Europe or Asia against OPEC.

Vienna-based OPEC has felt so sure about its legal position that, typically, its default attitude when a court summons arrives has been simply to ignore it. OPEC declined to comment for this column.

Can Steinbach succeed where the few who attempted in the past failed? The lawsuit has three elements in its favor. Over the last few years, European courts have ruled against the oil industry in landmark cases few thought were remotely possible only a few years ago.

The 2021 ruling forcing Shell Plc to cut its carbon emissions — now being appealed in Dutch courts — is one example. The case against OPEC is very different, but it could benefit from the same sympathetic legal ears. The legal world of 2022 is very different from 1978 and 2000 when US private plaintiffs tried. For example, European law now permits antitrust challenges by private citizens. Plus, German law provides a narrower interpretation of sovereign immunity than US law.

Steinbach, who teaches economics and law at the prestigious HEC Paris business school and previously was a senior civil servant at the German ministry of finance, believes he has a shot. “OPEC is a cartel” he told me last week. “It’s an organization that offers a platform for states to agree on their oil-production quotas. It gets rid of the competitive pressures that would exist otherwise, and by doing so, they indirectly influence prices.”

It isn’t the first time he’s tried. A decade ago he filed a similar lawsuit. OPEC complained via the German Foreign Ministry, and Steinbach, who at the time was a civil servant, withdrew it.

OPEC’s legal bills have tended to go with the flow of oil markets. With Brent crude flirting with the $100-a-barrel mark, it could be about to be open season on the cartel. As happened to Big Oil with climate change in recent years, OPEC could face an onslaught of private lawsuits. Certainly many, perhaps most, will fail, but it takes only one plaintiff to pierce the sovereign immunity shield to cause serious trouble.

In the US, lawmakers are debating the “No Oil Producing and Exporting Cartels” (NOPEC) Act, a bill that proposes subjecting the group to the Sherman antitrust law that was used more than a century ago to break up the oil empire of John Rockefeller. If enacted — a big “if,” as it faces considerable opposition — the White House would be able to sue Saudi Arabia and its allies for manipulating the global oil market.

Saudi Arabia is leading the OPEC cartel into policies that will keep oil prices close to $100 a barrel. It’s a “Saudi First” approach. For Riyadh, it may be good business to keep prices high, but it risks more legal — not just political — hassles. Consumers — and governments — should think twice also about a free market. Oil prices are high, yes, but the market looks tame compared to cartel-free markets like natural gas and coal. Be careful what you wish for.

Javier Blas is a Bloomberg Opinion columnist covering energy and commodities. A former reporter for Bloomberg News and commodities editor at the Financial Times, he is coauthor of “The World for Sale: Money, Power and the Traders Who Barter the Earth’s Resources.” This column does not necessarily reflect the opinion of the editorial board or Bloomberg LP and its owners. Energiesnet.com does not necessarily share these views.

Editor’s Note: This article was originally published by Bloomberg, on November 7, 2022. All comments posted and published on Petroleumworld, do not reflect either for or against the opinion expressed in the comment as an endorsement of Petroleumworld.

Use Notice: This site contains copyrighted material the use of which has not always been specifically authorized by the copyright owner. We are making such material available in our efforts to advance understanding of issues of environmental and humanitarian significance. We believe this constitutes a ‘fair use’ of any such copyrighted material as provided for in section 107 of the US Copyright Law. In accordance with Title 17 U.S.C. Section 107. For more information go to: http://www.law.cornell.edu/uscode/17/107.shtml. 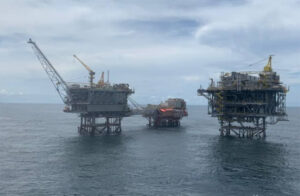 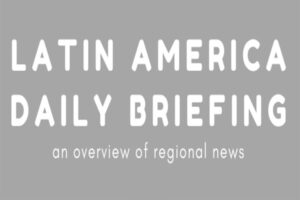 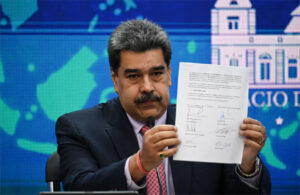 Loss and damage: Who is responsible when climate change harms the world’s poorest countries, and what does compensation look like? – Bethany Tietjen/The Conversation 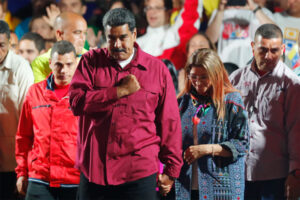 The Post’s View: How to make sure the U.S.’s new policy in Venezuela gets results – WP Editorial 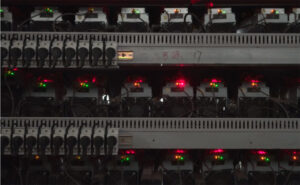 Blockchains, What Are They Good For? – Paul Krugman/NYTimes

Energy Security Is the Global Priority for 2023 – Javier Blas/Bloomberg

What Lula Must Do – Ilona Szabo/PS