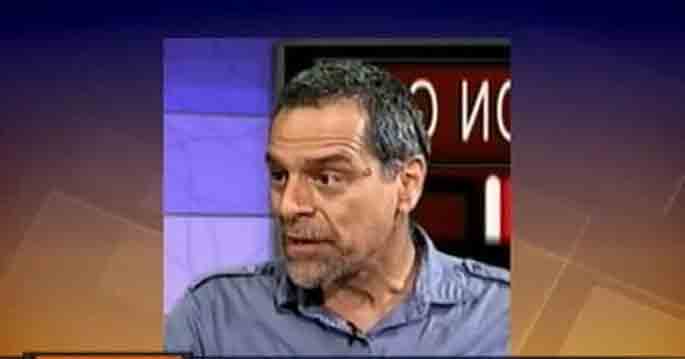 Gary Aboud, founding member of the Trinidad and Tobago (T&T) Fishermen and Friends of the Sea (FFOS).

…says it’s not a matter of if, history proves accidents happen

“…accidents occur and I don’t want no professional, with a wonderful accent and a long list of professional accreditations to tell me no, we are prepared, it won’t occur because history proves otherwise.” – T&T Fisher folk

The exercise saw participation from stakeholders locally, regionally and internationally, including Gary Aboud, founding member of the Trinidad and Tobago (T&T) Fishermen and Friends of the Sea (FFOS). He told the panelists including the facilitators—the Environmental Protection Agency (EPA)—that they are prepared to litigate against ExxonMobil Guyana, if their demands are not met in writing, in the EIA to be prepared.

Accusing the panelists of attempting to hoodwink the stakeholders as it relates to the emergency preparedness in the event of an emergency, Aboud, in raising his concerns with the EEPGL panel, iterated that the scoping exercise being conducted is for “a Caribbean audience who are concerned when we speak about oil spills.”
Hoodwink

He said, the concerns are credible as it relates to what obtains when a spill occurs and lambasted the EEPGL official that contended, “we have great facilities and capacities to prevent it (oil spill) from even occurring.”
According to the FFOS founding member, “I want to state on record strong objection to hoodwinking the question about preparedness for when they occur, because I am not aware of a single oil company on the planet which have not had accidents and spills.”

Adamant in his assertions, Aboud told the ExxonMobil and EPA panelists, “when the professionals on the panel chats to us—and no disrespect—real nonsense, to say that no, no, no we won’t have any (oil spills), I wish I could put his daughter’s life on the line with that promise because he wouldn’t, because accidents occur.”
According to Aboud, the preparatory planning and the EIA, “cannot hoodwink the concerns that we are raising,” and pointed to the fact that in neighbouring T&T “we probably have the world record for an island, with not many installations, but quite a few, we have reported in excess of 100 spills per year.”

To this end, Aboud used his opportunity to address the panel, to articulate, “my questions are based on the fact that accidents occur, and I don’t want no professional with a wonderful accent and a long list of professional accreditations to tell me no, we are prepared it won’t occur, because history proves otherwise.”

Reflecting on the likely impacts on the region in the likelihood of an accident, Aboud stressed “these are very real and will occur and are occurring already.”

Addressing the fishing industry directly, he related that at present on the east coast of T&T, “we have a crisis where our government” agreed to conduct tests on the fishing population.

The tests he referred to, relate to obligations under the Minamata Convention on the use of Mercury.

As such, he pointed out that the convention requires the testing of fish for heavy metals and other contaminants pointing to the fact that fish migrate, are exported and also sold commercially.

To this end, he pointed out that on the east coast of Trinidad where tests were conducted specifically for mercury, “we found that five of the six fish commercially sold in T&T contained mercury five times higher than the world health limit for the consumption of fish.”

This, information, he said, was covered up by the T&T government and is not an isolated case.

“What we could not understand and what we were disturbed about, is why would the government deliberately smother the report that exposed the risk to public health of contamination that may have occurred in T&T or maybe partially responsible was the waters that come from the Orinoco and other areas where Guyana and Guyanese are using mercury in gold extraction.”

According to Aboud, “there is a history of cover ups in the Caribbean; we have instances of 12 such.”
Manipulated and Bullied

To this end, the FFOS founding member told the panelists “what we are saying in T&T is that for us to accept and endorse and welcome you into our territory of the Caribbean region, you need to respond to our questions and don’t hoodwink us and tell us, no we are prepared.”

As such, Aboud demanded of ExxonMobil, “I would like the EIA to include a listing of the emergency response preparedness training for Guyanese professionals working in that industry and with this company.”

Additionally, “we would like to see included in the EIA, the list and cost and the arrivals of the emergency response preparedness equipment.” This, he said is, “recognising that this equipment, as we saw with the (Deepwater) Horizon spill, was woefully inadequate.”

The T&T stakeholder, as such, told the panelists, “I am requiring and requesting that before any approval is granted in our waters, in our fishery, in our tourism sector of which we depend on, that we need to know exactly what is the emergency response training preparedness and equipment preparedness available”

Qualifying his position further, Aboud noted that while in Trinidad and Tobago “we do in fact have, next to Belize, the most evolved environmental legislation which is very stringent it still fails.”

According to Aboud, this obtains, since while stringent legislation exists on paper, the implementing regulatory agencies are manipulated and bullied, and, “in Guyana it’s a lot worse.”

He used the occasion to also point out that with an operation some 200 miles offshore, “we have to depend on the regulatory agencies and the Ministers of Guyana, which I don’t have any confidence in—with no disrespect—because of our experiences of manipulation in T&T.”

Aboud was adamant however, that the EIA must include the commitments in writing by the company itself.
This, he said, is since “I know everybody (oil players) loves their family and their wives but they don’t love us …so we are willing to litigate if the promises are not written and fair.”

Expanding on the likely litigation if the demands are not met, Aboud noted that it would seek in the first instance, to stop the capacity of this approval because of the endangerment of the Caribbean.

Additionally he noted that litigation could also be filed “to claim for damages if they fail to commit to their promises in the EIA.”

He was adamant, “if you don’t then some of us are willing to go the distance to ensure that this project does not continue and that if it continues it must only continue with the direction and discretion as approved by the court.”

On the matter of insurance, Aboud said, “I would like to see whether there is trans-regional insurance to cover for the tourism sector.”

According to Aboud, “I think that it is critically important, for the fisheries sector of which in T&T we have 50,000 dependents. I am thinking for bio-diversity loss. I have never heard of insurance for bio-diversity loss, and particularly and additionally I would like to see in the EIA what policy is specifically in place for transnational waste when it crosses borders.”

Speaking to the need for commitments such as adequate insurance and emergency response, Aboud posited,
“100 years from now you and your shareholders will be long gone. Happily enjoying the benefits of the extraction but we will be left with the responsibility, so I would like to see in the EIA what is the long term emergency response capacity and who bears the cost for accidents that occur long after the well is decommissioned.”

He had cited a recent incident in T&T where there was a well blowout—a blow that occurred some 42 years after the well had been capped.

That incident he said, left T&T with the cost to bear in an operation that eventually cost a life in addition to the cash expended, since there was no documentation for the decommissioned wells.

Other stories you have to get authorization by its authors. Internet web links to http://www.petroleumworld.com are appreciated.

PrevPreviousBrazil lashes out on climate funds but sees carbon market deal
NextTrinidad’s Atlantic LNG Train 1 is dead.
It is as simple as thatNext